In the 30th annual “Quest for Quality” survey, the magazine received over 6,000 responses evaluating freight carriers and service providers throughout the U.S.  The August edition of the magazine unveiled the results, referring to Triple Crown as the “perennial top performer” in the rail intermodal category.

2013 marks the eleventh of the past thirteen years that Triple Crown was named the number one rail intermodal carrier in the Quest for Quality poll.  This distinction is particularly important because of the survey’s wide polling base, objectivity, and methodology.

In their evaluations, logistics managers were asked to rate carriers on five key attributes:  On-time performance, value, information technology, customer service, and equipment and operations.  A weighted score then determined the winner.  On its route to the top spot, Triple Crown was rated number one in performance, value, and customer service.

Triple Crown Services Company provides truckload transportation services to customers throughout the eastern two-thirds of the United States and Ontario and Quebec, Canada.  The company manages over 6,000 trailers from terminals strategically located in twelve (12) U.S. cities and Toronto, Canada.

Triple Crown began operations in 1986 and expects to deliver nearly 300,000 truckloads of freight in 2013.  The company employs 240 logistics professionals and has two Fort Wayne, IN, facilities – its headquarters offices in the Dupont Business and Medical Park and its Terminal and Maintenance Facility on Wayne Trace.

Triple Crown Services Company is an affiliate of Norfolk Southern Corporation (NYSE: ), one of the nation's premier transportation companies. 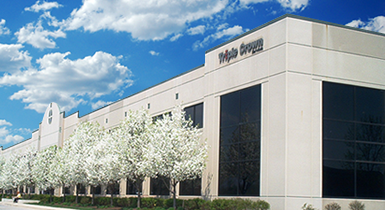 Our Mission is to provide the highest
quality truckload service by:

Through these, we will continue to
produce superior returns and
continuous growth